To the New Novelist: 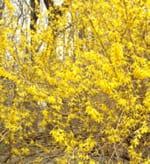 Sometimes I hear from old friends or former students who are working on their first novels.  They wonder if we could meet up for a cup of coffee to talk about the writing process and publishing, and I’m always delighted to reconnect.  To be honest, I’m touched that they thought of me, sometimes after a separation of years, and it’s so cool to talk with such a friend about how fascinating and frightening it is to write.  I become inspired by his or her determination, especially if the person is writing around raising kids and holding down other jobs.

Sometimes, I can tell that reaching out to me took some nerve, not (I hope) because the new novelist thought I’d say I was unavailable, but because looking up a publishing writer friend involves taking himself or herself seriously.  This might be the first time that the new novelist has dared to reach out beyond the safety of his or her own computer to admit to someone outside the family that they write.  In such a case, the writer is overcoming his or her own self doubt and fear just to send that email and say, I’m a writer, too.  Can we share where we are?  Can you maybe help a little with what you’ve learned ahead of me along the path?

This is what I want to say to the new novelist: Don’t let anyone tell you it’s impossible to publish or you’ll never be good enough or you’re crazy to try.  Don’t believe the voices that say you’re “wasting your time” when you’re skimping on sleep so you can get a few more words down.  Chances are, the writing is what’s keeping you sane and whole.  Your stolen hour of writing could be the one piece of yourself that has to be in place so you can otherwise be a good parent or spouse or worker.  If that’s the case, if you have to write to feel complete, then that creative drive is an inner gift you can’t afford to ignore.

I won’t promise you that publishing will happen, but I’ll say that the desire to write stories that people will read is a valid one.  It’s fine to let that goal spur you on.  You’re not irresponsible or stupid or an unrealistic dreamer to want to publish.  The only ones who ever publish must, at one point, be in the same place you are now.

So here’s the deal, my friend.  You work hard.  You’re getting better at your writing and learning more about it every time you sit down and put more words on the page.  You’re already in the group of rare people who are likely to stick it out.  Believe in your ability to keep improving, and relish the time you do have to write, because, in the end, you’ll be able to survive it if you never publish, but you won’t be able to survive not writing.