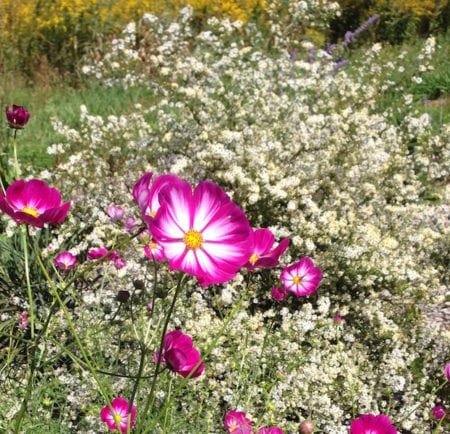 If I could only revise novels and never have to write a first draft again, I’d be a happy camper. As it is, I’m delving into a new novel, with new characters and new terrain, and after two tries, I’ve made it past the first 100-page milestone of my first draft. I may end up cutting much of what I’ve written, but it seems solid enough to keep going, and that’s a relief.

Every morning, I return to the spot where my characters ended the day before, read the last few pages to pick up my thread, and start taking the story forward again. If my main character meets someone and starts a conversation, I pause to think how he’ll answer basic questions, which involves figuring out his job and where his family is. If he demands an apology, I have to imagine back to a history between them. This takes time, but the sentences unfold. At some point, I wonder how this interaction might figure into the general shape of the book, and even if I don’t know yet how that is the case, if it feels right, if the connection between the characters is alive enough, I trust it enough to go forward.

The thing about a new novel is, characters keep living in their world. If I stay with them, they have decisions to make about food, work, and responsibilities. They have problems to solve, and puzzles they don’t understand. I don’t understand them, either, and yet I want to, so just like my characters, I keep going forward, living through the days of the novel, minute by minute in many cases. It is an honest way to discover my people, their world, and their stories. I’ll have plenty of time later, after I have a complete draft, to come back and see which scenes matter.

4 Responses to Minute by Minute