One torture for me as a teacher would happen when I wrote with my students.  I’d put three choices on the board, let everyone get their paper and pencils ready, note the time on the clock, and count down “On your mark, get set, go.”  We’d write for fifteen minutes in silence, with only the sound of our pencils to accompany us. 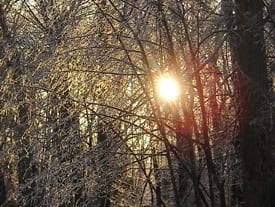 The responsible teacher part of me had to glance around the room now and then to see who all was on task, but in good classes that was everybody, so I learned I could sink into my own writing, and then I was lost, so far gone that the room vanished and the air cleared and I was in a sweet-smelling field of purple wildflowers with warm sunlight on the back of my hand and two suns burning overhead.  Or I’d be using a crowbar to open a coffin for a last glimpse of a dead somebody I wanted to see.  Or I’d be Abigail Williams imagining my witch revenge on Elizabeth Proctor with all the vengeful jealousy of my warped semi-sanity.

Then a student would stir, and I’d look to see time was up and there I was again, in a room with twenty-three teenagers, all of us breathing the same school air under the same fluorescent lights.  It about killed me, some days, and sometimes we’d vote to keep writing.

Starting, stopping: they can be equally hard.  It’s the transition from one world to the other that’s the problem.

If ever I have trouble plunging in now, I glance at the clock in the upper right corner of my MacBook, make the little fan symbol go blank with Turn Airport Off, and tell myself to write for fifteen minutes.  I don’t have the support of a class full of teenage writers beside me, but then, I don’t have to stop when the time is up, either.

Here are some topics from my Creative Writing class.  I would give students three options to choose from, and the third one was always “Anything.”

1. Describe a person using a tool and include details for all 5 senses.

3. Start a story about a person who is the opposite of yourself.

4. Write with your left (or opposite) hand about being lost.

5. Start a scene using only dialogue, where one of the speakers is a liar.

6. Start a story texting on your phone and email it in.

7. Begin a story near water or fire.

8. Start a story in the middle of the night.

9. Describe a person you once loved through speech, thought, and action.

One Response to Fifteen Minutes