Draft 13 and the Crunch Schedule 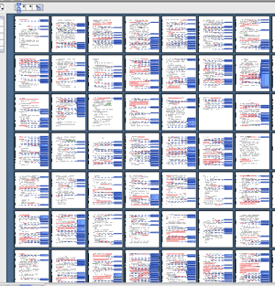 Since my first editor originally told me that the manuscript for my new novel was due to go to copyedits last October, and my second editor told me in early November not to worry about deadlines and take my time rewriting the last act of the novel, (about 130 pages), I assumed that my book had been bumped a season to 2015.  Season bumps have happened to me before, so I didn’t think much about it.

Then, in mid-January, when I sent in my next draft, I was surprised to learn that the novel was slated to come out in September 2014.  In publishing terms, that’s incredibly soon.  I had no idea such a thing was even possible.

My first concern was whether we could make the book good enough within such a crunch schedule, but my editor, Kate Jacobs, reassured me we wouldn’t be going forward otherwise.  She assured me that I had the scenes of the last act blocked in the right way—a goal that had eluded me for over a year—and she promised to work with me closely as I revised.

And so, over the past three weeks, working days and evenings pretty much without a break, I’ve completed another draft of my novel.  In a system I’ve never tried before, I revised the front half of the novel while my editor worked on marginal notes for the back half, which has the newer section.  Then Kate sent her notes as she completed them, in two separate chunks, while I kept revising forward.  We checked in often to confer on the three major issues that needed tweaking.  Along the way, I hit a setback in one rough patch where I had to move a scene, cut another, and adjust a timeline.  Last night, I cut chapter breaks for cliffhangers, and this morning, as promised, I sent my latest draft (my thirteenth) to Kate.

To go from “La la! No deadlines!” to a crunch schedule is a bit stressful, but honestly, I’m so relieved and happy to have my wild novel coming together that I hardly care.  This story has fascinated and tormented me for so long.  It is an incredible feeling to see it coming together.

2 Responses to Draft 13 and the Crunch Schedule