How to be Popular

One of the popular kids invited me to a summer afternoon party at a country club, and despite misgivings, I decided to go.  My mom took me shopping on purpose to find an outfit: pale green shorts and a patterned top that matched.  This was her idea of what counted for well-dressed and appropriate for the occasion, and I trusted her because A. I had zero fashion sense of my own, and B. I wanted to fit in.

My mom dropped me off outside the club.  Sounds of the party came from the terrace around the corner.  I remember the moment of walking up a grassy slope toward the popular kids and feeling uncertain in my clothes.  I remember wondering if I’d ever be popular and fearing that I wouldn’t know what to say or how to be funny.  I remember my optimistic hope that I just had to be myself and all would be fine.  I fooled myself that I wouldn’t care too much what they thought of me. 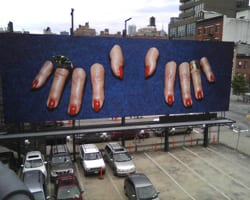 Here’s what I knew of popular kids: they had parties, nice clothes, careful hair, purses, dermatologists, and cars.  They drank, smoked weed, planned prom, ran the paper drive, and were elected class officers.  They dated each other and their families were members of the same club.  They were cheerleaders, football players, and tennis players.  The girls were usually nice if I was talking to them one at a time.  The popular boys didn’t talk to me unless I was with one of the girls.

Here’s a quick summary of my friends: they rode the city bus, played the violin, sang in the school musicals, threw pottery, liked math, took photos for the school paper, drew, played volleyball, fenced, and gardened.  They didn’t date.  They were nice in groups and even nicer one-on-one.  The girls had sleepovers where they baked cookies, ate bowls of M&M’s, and stayed up late watching black and white movies on TV.  What the boys did for fun is anybody’s guess.

In short, it was nice being with my own friends rather than in the popular crowd, but it was curious to watch them, like they were an alternate, fancy race growing up in a parallel universe side-by-side with mine, right in the same school hallways and cafeteria.

Since those days, my close friendships have grown more distant, and over the past couple of years, in the wake of a reunion, I’ve developed caring relationships with girls who once were popular.  I find myself wondering if the social pattern carried over to our later lives, or if there were deeper divisions of interests and values all along.  Were some of those popular girls naturally more comfortable in social situations, and thus better at orchestrating them?  Did those people skills carry over to their family lives and future jobs?  Were they safe from jealous insecurity, or were they ruled by it?

Here’s a highly simplified summary of where we went after high school, jobwise, which, of course, is hardly an indication of personal fulfillment, but it reflects, in a way, how we’ve contributed to the world.

And me?  I don’t remember any other details from that country club party.  It has vanished, unremarkable, with a thousand other social situations I learned with practice to negotiate.  I’m glad I figured out early that I liked being valued by people who mattered to me, and I’m thankful that in my life today, the issue of popularity is moot.

Here’s what I think it takes to be popular:

1. Forget about being popular.

2. Be nice to everybody whether they’re popular or not.

3. Get involved with the clubs, sports, and activities that sincerely interest you, so you can hang with other people whose ideas excite you.

5. If you bring candy somewhere, bring extra to share.

6. Invite two or three friends over to play games.

9. Be nice to your parents.

And that should do it.  You’ll be popular before you know it.  Popular with yourself for sure.

4 Responses to How to be Popular