Pondering Next Ideas with Agent

Ever since I talked to my agent Kirby Kim last week about what to write after the Birthmarked trilogy, I’ve been feeling optimistic and encouraged, both about the ideas themselves and the open-ended direction of my writing.  I’m normally optimistic anyway, but I did wonder if Birthmarked was a fluke.  Now I believe my brainstorming is leading me in good directions, and I’m grateful once again that I have a great agent to work with. 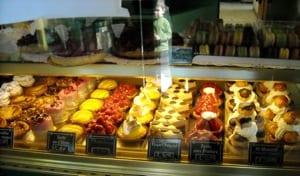 As far as I know, there’s no prescribed way to move onto the next project, but I’ve hoped to avoid the anxiety that some of my writer friends have gone through.  It’s not unusual for a writer to start the next novel, send a few chapters to her agent, talk it over for feedback, and proceed from there.  It’s emotional, especially if her agent doesn’t like the chapters or predicts the project won’t sell.  Then the writer must decide whether to keep writing a book because she loves it despite expecting it’s doomed, or abandon it for another idea and start the process over again.  Discouragement, self-doubt, and a sense of helplessness can ensue.  More than one writer has quit at this point.

That process looks miserable to me, frankly, and I try to avoid misery.  Besides, I trust my agent a lot, but I would never make one other person the gate-keeper with veto power over my writing.  Instead, I decided to try a different approach, one that takes advantage of Kirby’s savvy at a critical, early point in the process.  I decided to run a whole bunch of ideas by him, not just my one favorite.

Here’s a little metacognitive back-story on my philosophy of generating ideas.  Once, when I was in college, my art teacher told me to paint 100 watercolors of the same object in a week.  A hundred is a lot of paintings.  My object was an old-fashioned, hand-held drill with movable gears, a thing of innate interest to me.  I started early, and put in a lot of hours on very meticulous realistic paintings, until after about twenty of them I realized I was not going to get the rest done at that pace.  I had to go faster.  I needed more ideas.  I got sloppy and started having fun, mixing the colors and shadows, using negative space and everything I’d learned in other art classes. Around eighty paintings, I completely ran out of ideas.  I started painting with the drill, drilling the paper full of holes, painting on small triangular scraps of paper, making things that were hardly paintings at all.  In short, it took me a long, long time to work my mind all the way around inside the box, but by the end, I painted my way out of it.  100 paintings in a week taught me little about painting, but a lot about my mind.

For starters, I know my first idea or my fifth idea or my tenth idea might not necessarily be my best idea.  I need to focus, have fun, and keep trying.  I know a seemingly insignificant spark can explode, and that dissimilar things can be combined into something cool.  For months, whenever I’ve had a trace of a book idea, I’ve jotted it in my brainstorm file on my computer, but I only had about five ideas that way, and they weren’t exciting me. Then, a few weeks ago, after I sent in my first pass pages of Prized, I started brainstorming in earnest, thinking What if? and How about? With about fifteen different ideas, I began pondering them more deeply.  I found that a few overlapped and could be combined.  I fleshed some out into a paragraph, and then into a couple paragraphs or a page.  I ran them by my daughter to see what interested her, and realized a murky idea had a lot of potential, so I let that grow when I was taking a walk.  I started shifting my less favorite ideas further down the file, and ones that were more promising to the top.

Of the fifteen concepts, I decided eight interested me enough to pursue further, either because I liked the premise of the plot, the character, the format, or all three.  So I organized them into YA and MG groups, kept the ones I liked best at the top, and arranged a call with Kirby.

It was super, super fun to talk over the ideas with him.  He asked questions, knew which of my projects were the sorts editors have been looking for, connected the ideas to books, films, computer games, and scientific theories he knows, told me which concepts were in realms that had been overdone and would need more to make them original, and poked around in my mind to find out why certain concepts interested me or seemed risky.  We talked about how the next project should build on what I’ve done with Birthmarked, but how that shouldn’t stop me from writing out of sci-fi if I want to, too. He asked which concept I thought was furthest along, and which I was most eager to write.  We laughed a lot, too.

I came away with a plan I can work on while I’m between revisions of Book 3 of the Birthmarked trilogy, which is still my top priority right now.  The YA sci-fi concept I’m most excited about I’ll fill out more to get a firmer idea of the plot issues.  Another YA sci-fi project that also fascinates me is so ambitious it’s going to take longer to figure out, so I’ll ponder that one.  The third project, a contemporary YA concept, seems like it will just fly out of my fingers, so I’ll start writing that and see what happens.  It’s all so cool to me.  I’m so excited about my writing, and I love the idea that I’m working on viable projects that my agent is already excited about, too.

Always there’s more to learn with this job.  I’m psyched.

2 Responses to Pondering Next Ideas with Agent