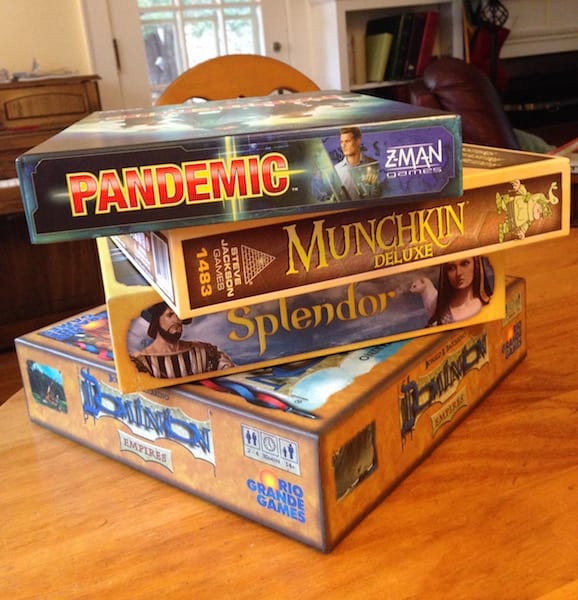 We’ve been playing games pretty much nonstop here for days, pausing only for sandwiches, truffles, and Swedish fish. My family relishes involved board or card games. I love how they bring out our personalities. Patient sons who kindly explain rules to me, often repeatedly, can also be quite ruthless distributing curses. Couples tend to team up, or arrange nice trades for each other, and nobody ever throws the board anymore.

Here are some of our favorite games. For the record, we’re all ages 21 and up, but these games would work for teens, too. I’ve been known to put games in my novels because I trust that like-minded readers will be playing them in the future, too.