The Rule of Mirrors Is Out! 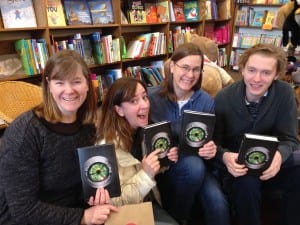 Yay!  The Rule of Mirrors is out!

My sisters Laura and Nancy and my nephew Tomy accompanied me to the Red Balloon Bookshop in St. Paul today to seek out copies of my new novel and rejoice.  I am so happy about this book!

To all of my friends and family who have been so supportive while I labored over this novel, thank you.

I am lucky to have the nicest, most thoughtful, most loyal readers a writer could ever hope for. I’m grateful for all the kind messages that you have sent to me and the generous way you tell your friends about Gaia’s and Rosie’s stories. I hope this book pleases you as much as you deserve.

Thanks to Kirby Kim, my agent, who saw the potential in this series back when it was just a wild idea, and to the team at MacKids that made it happen, especially my unfailingly patient editor, Kate Jacobs. We did it!

Copies are available at a local independent bookstore near you, at Barnes & Noble, and Amazon. You can also request it at your local public library.  The Red Balloon has signed copies available, and I’ll be signing at future events in Texas, California, Arizona, and Connecticut in the coming months, as posted in the Upcoming Events bar on my Blog page. 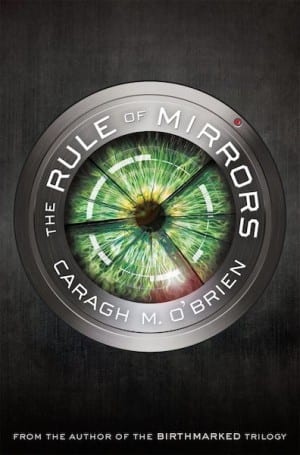 THE RULE OF MIRRORS

The fast-paced, psychologically thrilling sequel to The Vault of Dreamers follows Rosie after her consciousness has been split in two.

Told from alternating points of view between Rosie as she makes sense of her new identity and the shattered subconscious that still exists in her old body, The Rule of Mirrors will keep readers on the edge of their seats and leave them hungry for more.

4 Responses to The Rule of Mirrors Is Out!