Thanks to the Internet, I’ve become friends with Eva Rubio, a university student in Salamanca, Spain, who blogged enthusiastically about Birthmarked last summer.  Eva was determined for Birthmarked to be translated into Spanish, so she and her friend Rocío Muñoz started a Facebook page aptly named Queremos que Birthmarked de Caragh M. O’Brien sea publicado en España and started collecting followers.  I thought they were unbelievably nice, but I didn’t hold out much hope.

When my family made plans to visit Salamanca last summer, Eva and I realized we could meet in person.  I was beyond excited.  Not even my lack of Spanish could deter me.  Curiously, Eva’s grasp of written English was so good that she could read my entire novel effortlessly, but she couldn’t understand spoken English or speak it any better than I could understand or speak Spanish, so she brought along a couple friends, Cris and Leticia, and Leticia interpreted for us.  I brought along my college-aged daughter, and the five of us strolled around the midieval quarter and Calle del Toro, visiting boutique bookstores and window shopping.  We laughed a lot.  We bonded.  We were friends.

Eva and Caragh in Salamanca, June 2010

In our last moments together, we shot a tiny movie of Eva and me together in the incredibly beautiful, lively Plaza Mayor.  The whole thing was sweet and goofy beyond belief.

Within a few weeks of its initiation, the Spanish Facebook page had more members than my American Facebook page had gained in months, and when I spoke to my agent shortly after my trip to Spain, four Spanish publishers had contacted him about foreign rights.  That was June.  A month later, my agent told me we had an offer from Grupo Everest.  I could hardly believe it. 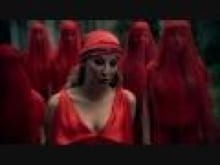 Along the way, the original Spanish Facebook page lost its administrators, but Eva and Rocío started a second one.  They were unstoppable.  One of their friends created a Spanish book trailer, and others found photos of actors (one quite caliente, I must admit) who resembled the characters.  They linked to other reviews, signings, a giveaway, music, and basically lived it up about Gaia’s story.  I could hardly make sense of the Spanish, but it was definitely silly and fun.

When I heard the news that the deal with Everest was final, I asked Eva to be the one to announce it, which she did on her website and on Facebook last week.  Now it’s for real: Birthmarked will be published in Spain this fall.

It’s all thanks to Eva and Rocío, and the sweeping reach of Facebook.  Gracias, mis amigas!  Gaia sends her love.

4 Responses to Facebook, Amigas, and a Foreign Rights Deal