Writing YA When You’re Not a Teen 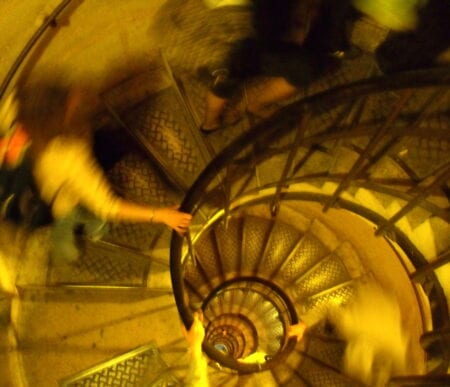 A friend asked me lately how I, as an adult, write YA. In particular, she wanted to know if I need to be around teenagers to write for them.

It helps, certainly. I taught high school English for years, I’ve volunteered with teen writers, I’ve raised my own kids, and I have teenage nieces and nephews. I once was a teen, too, which counts for something. Still, since I’m not around teens on a daily basis right now, I’m conscious of my limits.

For instance, I would not attempt to capture current teen speech patterns. These change so rapidly that I couldn’t do it with authenticity even if I were privy to their private, unfiltered conversations. However, since I set my stories in the future, I have some leeway in making up my characters’ speech patterns. Friends develop shorthand ways of talking to each other that often create their own humor, and I can do that. Also, if my teen characters’ speech reflects their backgrounds, emotions, and thoughts, especially if what they say varies a bit from what they’re thinking, the dialogue can feel layered and believable.

What’s more important than the way my characters speak, however, is conveying how quickly they think. The teens I know pivot around their ideas with lightning flexibility, going in a heartbeat from how best to roll the waistlines of their uniform skirts to the impact of gases produced by the cattle industry. They’re just as ready to question and argue as they are to be tender or self-effacing. Fortunately, even if I can’t pull off this quickness in a first draft, I can revise via my slower thinking to create the right effect on the page.

Finally, I’m highly conscious that my teenage readers are interested in music, art, social justice, social media, climate change, survival, honesty, language, relationships, work, exploring the world, saving the world, understanding their parents, dystopias, and discovering their roles in society–in short, the same subjects that puzzle and fascinate me. If I can write a story that turns around things that matter, I might have a shot at appealing to my readers.

We’re not that different, teenagers and adults. The biggest mistake would be to forget that.