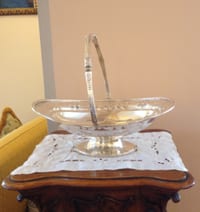 This may be just me, but I need occasional bright things in books.  Once, when I read a string of YA dystopias back to back, the physically dark settings had me feeling like I lived in a cave, and I needed a break.  By contrast, I was rereading Levine’s Ella Enchanted this spring, and I actively noticed the happy scenes of friendship, which were just as nourishing as physical brightness.  Of course, it made the contrast all the worse when Ella lost those friendships and had to endure loneliness, but those bright spots had existed.  I felt them within me, and I felt them in the balance and movement of the book.

I like writing grim stories where the trouble perpetually gets worse.  It’s fun to work that way, and if I don’t have enough conflict in a section, I tend to feel like I’m doing something wrong.  It makes me impatient.  Questioning or tinkering with my conflict barometer feels risky to me, but I’m finding that taking a chance to lighten up a scene also gives me room to develop a relationship.  It reminds me of how I revised Birthmarked, when the flashback scene with Gaia’s father and the development of several scenes with Leon came late to the framework, when it felt safe to hold back the action a moment to let the characters and relationships come forward.

It’s always about balance, isn’t it?  This time, I have physically bright settings to work with, in spades.  I have conflict, and the right characters to manipulate.  I just have to find the right balance of bright and grim.