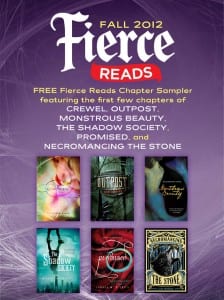 When I told one of my friends Macmillan was sending me out on a book tour this fall, he said, “Of course.  Isn’t that what publishers do for all their writers?”

As readers, we know from activity at our local bookstores that writers are regularly coming through, giving readings and signing books. Because these events are so visible, it seems like publishers are always sending out writers on tour.

But actually, from a writer’s perspective, it’s rare to be sent on a real, publisher-run book tour, and I was surprised to be chosen. It turns out that Gaia’s story has gained followers. Those nice readers have made their numbers felt, and that’s why MacKids picked me for a book tour. For that, I’m thankful.

Usually, if writers visit bookstores or libraries, we do so because we’re friends with the booksellers, or the librarians have invited us to come.  We personally arrange the events with our contacts, and if the venues are out of town, we coordinate the dates around travel when we’re visiting family.  For me, bookstore and library visits are a low-key, grassroots way to connect with readers, and a chance to get excited about reading and writing with like-minded friends. If cupcakes are involved, all the better.

On the other hand, the tour MacKids is sending me on this October works on a different scale. First of all, the tour has a name, The Fierce Reads Tour, and I’m in the second wave of appearances along with three other writers, Genn Albin, Marie Rutkoski, and Leigh Bardugo.  Aside from shipping the four of us around to six cities, MacKids is also investing in advertising and various tie-ins, like the free chapter sampler which is now up on Kindle, Nook and elsewhere.  A bunch of us will be doing an open Twitter chat (#FierceReads) next Wednesday, 9/5 at 7 EST, and a MacKids publicist is running a Facebook page for us.  Lest we take ourselves too seriously, a rather hysterical book trailer has a smoky flying purple star that swirls around our book covers.  I can’t help thinking of Tinkerbell on a bad day, and it makes me giggle every time. With all this coordinated activity, I already feel like I’m part of a team.

You may be wondering why publishers don’t send every writer on tour, or what they expect to get out of a group tour like mine.  Plane tickets, hotel stays, and ads are expensive, and arranging them takes man-hours.  That’s why publishers can’t send everybody.  I told my publicist, Allison Verost, I couldn’t see how the tour would sell enough books to cover its costs, and she said it doesn’t work that way.  MacKids is taking a risk, and they don’t expect a short-term payoff.  Instead, we, MacKids and the individual writers, are expanding goodwill and sharing good times with readers, booksellers and librarians.  We hope people will read the books, enjoy them, and spread the word.  That’s a philosophy I can embrace.

What does this mean for me in practical terms?  At some point, I’ll have to pack a suitcase.  So far, I’m still just writing on my couch most of the time, exploring new ideas.  I’m swapping emails with the other tour writers, who are lovely and funny behind the scenes.  In my usual way, I’m arranging my own visits to my favorite bookstores around the time when Promised comes out, because there’s nothing like being happy in familiar places.  For all of it, I’m getting a wee bit excited.

Okay, actually I’m pretty psyched. Promised comes out in less than a month!

Additional bookish events are listed under Upcoming Events in the side column.

3 Responses to Book Tour Ahead