Alert to the Voices 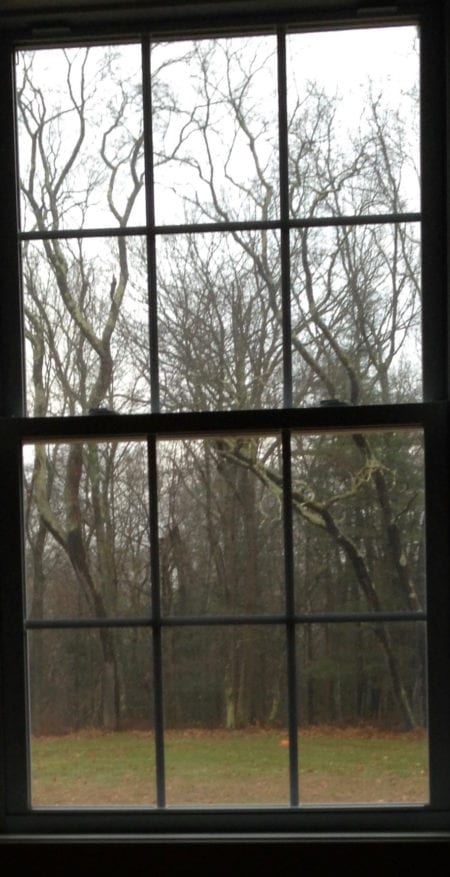 Late November brings a different sort of beauty to New England, with a subtle palette marked by grays. With the foliage gone, new distances emerge in the forests, and exposed branches tangle against the flat sky. We taste the cold air and watch the weather reports for warnings of bad roads. Random snowflakes can appear out of nowhere. You might think we’re inclined to hibernate, but in fact, we’re more alert, not less. We’re thankful, and watchful, and eager to get home safe to our families.

I’m writing, as always. My characters are transforming in conversation after conversation. I work steadily in my most recent draft, making progress by adding new scenes, cutting others that no longer matter, shifting descriptions of settings to where they’re more relevant but won’t bog down pacing. Today I worked for hours on one key conversation, listening as my characters formulated attempt after attempt to speak in the truest way possible. True doesn’t always mean honesty. Often it’s how characters don’t say something that makes their words convincing. Then, when they do finally admit what they think, it’s beautiful and raw, like those stark November branches.