Q: Do Your Characters Ever Surprise You? 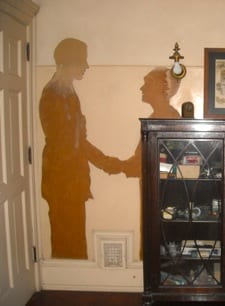 Shadows in the Attic

A:  Yes.  Regularly.  It isn’t simply that they make choices I didn’t see coming or say surprising things.  There’s this play between what I consciously expect them to do when faced with a problem and what spontaneously happens once they’re in a scene.  Sometimes they do what I expect, but their reasoning for it is more complicated than I thought.  Sometimes they say what I expect, but it turns out to be a lie.

What I especially like is the way characters keep evolving through different drafts.  The layers help me better understand their motivations, and how they’ll feel in response to a comment from another character so I can convey that emotion.

For instance, I have a guy character who seems well adjusted and easy going.  He’s smart, modest, and from an intact, wealthy family.  I think of him as classy and deeply good, which presents a special challenge.  It’s hard to generate a lot of interest for a guy who is good.  If he’s predictable as well, he risks coming off as boring.

A bad guy who’s complex and conflicted can’t really hide that he has problems.  Such a character is easier to write about, in a way, even if he’d be awful to live with, so it has been tempting to play around with making my good guy character secretly troubled.  This morning, in a pivotal scene in Project Next, he let drop a comment about his righteous older sister, and all the sudden, I had a completely new glimpse into why he is the way he is, and the costs for that.  Do I have him all figured out now?  No.  Will this completely change the entire novel?  No.  But this new angle of him changes how I see him and every interaction he has, and it is certain to shape how I revise from this point onward.

It helps to remember that characters are entitled to true personalities, and human personalities are a combination of the ways we change and don’t change over time.  In real life, we can be surprised by people we know, but deep down, we know if they do something out of character.  When a friend unexpectedly takes up dancing at age thirty, or decides to divorce her husband of forty years, it’s natural for us to wonder how well we knew her before and adjust our views.  When book characters make big choices, they reveal their true personalities, and this liberates us to vicariously make choices, too.  Those are the surprises I appreciate.

3 Responses to Q: Do Your Characters Ever Surprise You?