Q. Do You Read Reviews of Your Book?

A. Not normally.  I notice they’re out there.  If I see a review has 5 stars or a raving first line, I might read it.  Anything less, and I look away.

I learned this the hard way.  I wish it weren’t the case that strangers’ opinions have any power over me, but they do, so back when Birthmarked first came out, when I read a few bad reviews, they stung.  For days.  Even an otherwise very nice review could include a zinger about the unresolved ending, or the so-so world-building, or the soap-opera-esque drama, and that would be all I saw.

Who needs that?  It’s hard enough to write at all without adding in extra negative voices.  Don’t get me wrong: I’m all for people reviewing books honestly.  It means they care, and they read, and they’re in the great discussion of books.  I just know, to protect myself, that I shouldn’t read reviews of my book.  So I don’t. 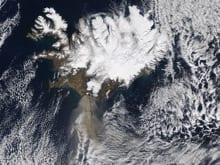 I do, on the other hand, read emails, because so far only polite people who like the book have bothered to email me.  I recently received one from a girl who hates to read and normally puts down a book after one page, but Birthmarked was keeping her up late.  That means a lot to me.  There was one from a girl who was stranded in Europe after the volcano eruption in Iceland closed down the airports, and reading Gaia’s story distracted her from being stressed and lonely while she waited to come home.  There have been emails from librarians, teachers, and booksellers who really know their stuff, and the one from a grandmother whose granddaughter loaned it to her when she saw she needed something to read.  A book group in Indonesia wrote to me and sent a photo.  People post kind things on my Facebook writer page, too, often the minute they finish reading the book.  Those are really fun.

Like I said: strangers’ opinions matter to me.  I just pick which strangers I listen to, and those are the ones I think about while I’m writing the next book.  I really hope they’ll like it.

2 Responses to Q. Do You Read Reviews of Your Book?