Coincidences tend to be unbelievable in fiction, but I’m living with a couple of curious ones now in my real life.  A year ago, when my daughter told me she wanted to study in France, she applied to a program at the University of Rennes, and Rennes just happens to be the city where Hélène Bury, the French translator for Birthmarked, resides.  What are the chances that my daughter and my translator would end up in the same city, giving me ample excuse to visit? 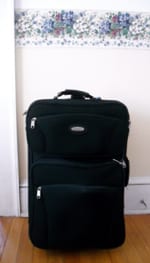 Hélène and I have become friends via email over the past year, discussing things like how to translate “Masister,” and how much she loves West Coast Swing dancing, so I’ve been looking forward to meeting her.  When I told her I was coming to Rennes this March, she kindly offered to help line up a book signing in the city.  We’ll be at Virgin from 15:00-16:00 this Saturday.  I’m not sure how common it is for writers and their translators to have a chance to meet, let alone do joint book signings, but I’m guessing it’s rare, and I’m pretty happy about it.

I’m having a coincidence of timing, as well.  The reason I’ll be in France this weekend rather than another is because my husband is speaking at a conference in Germany, and we wanted to fly over together to combine a visit to our daughter with his work.  When I mentioned to my French editor, Sarah Millet, that Hélène and I were doing the Rennes signing, she asked if I could do one in Paris, as well.  The one date I happen to be in the city, tomorrow, is the first day of the Paris Book Fair, and Sarah invited me to sign there, so I will.  Again, what are the chances such timing would work?

Stars sometimes do align.  It almost makes me think a coincidence or two could work in fiction.

One Response to Coincidences